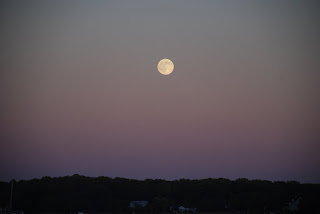 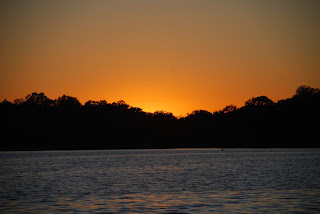 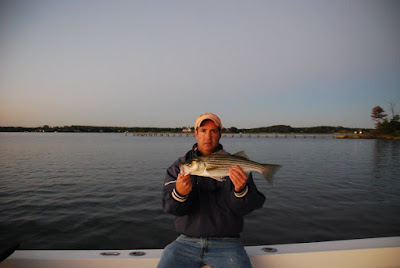 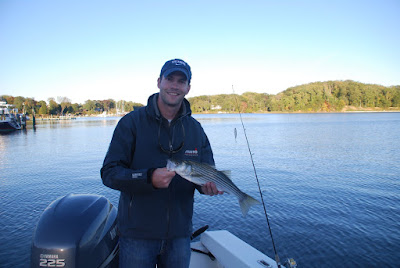 My fishing partner tonight was Brandon. He had read my blog and asked to hop on one night. Luckily we were both able to get out early, so I met him at his dock at 4 PM. There was a stiff breeze blowing which made fishing the river proper nearly impossible. We initially tried both shorelines at the mouth of Glebe Bay. It was difficult to maneuver for any kind of decent drift as the winds kept shifting directions. We tried anchoring the eastern shoreline in about 2 feet of water, but once again came up short. Moved across the river to Aberdeen Creek. We finally found some stillwater that was conducive to pluggin. Finally, Brandon had a blowup that missed around 5:45. We tried several casts to get the fish to reappear, but failed. Brandon had the sense to switch over to a plastic and immediately hooked up with our boy, a healthy 18. We continued working the shoreline and Brandon picked up another 18 ish fish on a grub. The wind finally laid down, so we headed back to Glebe Bay. As it began to get dark, I had the sinking feeling that tonight would be my first Skunk since August. We moved over to the eastern shore as it began to get dark. Brandon picked up 2 more fish on the grub as I continued to plug away with my trusty white Stillwater. Conditions were perfect as the full moon made it seem much earlier. At little before seven, I had my elusive blowup and boated a 20. We made one more stop on the western shore before heading in. Given the conditions, it was a fairly decent night. Either way, it was one heck of sunset and moonrise.
Posted by Rick Weaver at 10/22/2010 11:54:00 PM