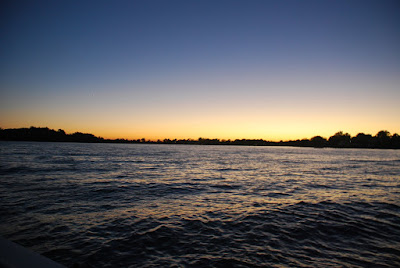 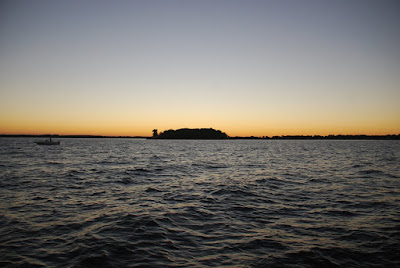 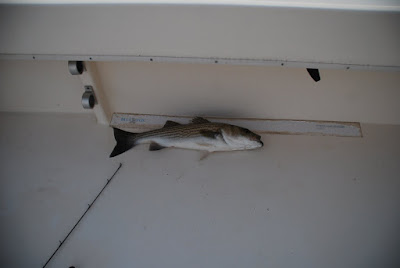 Last night I met up with Dabney at Thomas Point at around 6:30. The wind and boat traffic had really died down, so it was a very nice night. It was a lazy night, but we both managed to boat 3 fish between 20 and 24. My camera battery had died, so I will have to figure out how to migrate the photo's from my cell phone. Pn my way in around 8, I was hailed by a broken down boat at the mouth of the river. He offered me $100 to tow him in. I of course refused the money and offered to help. He needed to go to the route 2 bridge, which took us the better part of an hour. I hope next time I break down, someone will help me.
Tonight I started out fishing close to home around 6 pm since the wind was predicted to pick up as the night went on. Dab's called at 6:15 and said it looked good at Thomas Point, so off I went. When I arrived at the spot there were 2 boats anchored dead on the mark. I did not recognize either boat, but muscled my way in as close as possible. They were both using cut bait, which rarely if ever works at the point. It took a while, but I finally picked up a 22. The forecast was dead on as the wind and waves picked up around 7. Dab's called and said he was into fish up into fishing creek, so I pulled anchor and joined him for the final 15 minutes. Only managed to pick up one 16 inch blue and headed in early. Back home by 8 PM.
Posted by Rick Weaver at 9/20/2010 08:26:00 PM 2 comments: