Last Thursday I did a charter out of Harris' Crabhouse in Kent Narrow, put together by some work associates. I had heard from a number of friends that the primary biomass of bigger Stripers has been holding up north all summer. This theory was confirmed as we quickly limited out with 10 guys. A number of the fish were low to mid 30 inch fish.

This week was quite interesting. It was windy every day, so I was unable to make it out to the Shoal, That  did not mean I did not catch fish. On Tuesday, I ran across some working birds at red number 12. Normally I would assume that they were chasing dinks or baitfish. After all, it is July. Well to my chagrin the fish were mostly in the 22 inch range with several up to 26. All on Popa Dogg.

A big storm rolled through around 3 tonight, but things had settled down nicely by early evening. Low tide was 5:30 and the breeze was about 12 knots from the south, which meant for a choppy bay. I arrived around 6:30 and the tide was still coming in, or at least it seemed that way with the wind pushing the boat  to the North. I did manage a few 18's, but the action was quite slow, until the boat began to swing around around 7:30. This once again confirmed my theory that the best time for Topwater at the shoal is 2 hours after low tide. The action from 7:30 to 8:30 was nothing short of spectacular. I lost count, but I boated at least 15 nice keeper sized fish. (20 inches this year). Every slam was followed by a tail walking dance, each one better than the last. Great night.

First of all, I need to correct and injustice done to my boy Danny. I said he had never caught a keeper sized striper, when in fact I meant "on my boat". He had indeed landed a very nice 24 which if I look back, was featured on this very blog. So when we anchored up Tues. night he had extra incentive to get the skunk off the boat immediately, which is exactly what he did when he landed a nice 18-20? on the fly. The conditions were just plain horrid. The tide was wrong, the wind was howling, and it was quite choppy. We did manage several more 18-20 inch fish, but it was a tough night,

Tonight could not have been more perfect. The wind was calm, the tide had peaked an hour before I anchored, and the humidity that has plagued us for weeks was gone. Unfortunately several other boats were anchored exactly on the spot. So I moved closer to the point and just plain murdered them. There were several times where 22-24 class fish were chasing the hooked fish to the boat. All was great until I got cocky and managed to sink a treble hook deep into the top part of my thumb. Last night I watched a film by Mark Wahlberg titled "lone survivor". Its a hollywood version of a true story of 4 soldiers that must escape literally an army of Afghan soldiers after their mission goes horribly wrong. These guys are subjected to the most gruesome injuries as they attempt to climb a mountain to call for help as the Afghans chase them down. The are shot, fall down ravines and break bones, etc. Like all great American war movies they just shake it off and kill hordes of enemy soldiers until just Wahlberg is left and miraculously rescued by the home team. I was thinking of them as the wrench turned over and ripped that sucker out. It hurt like a bitch, but at least I was not shot. 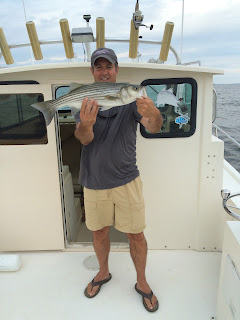 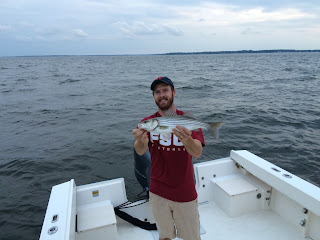