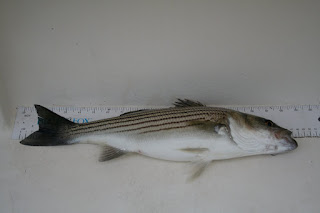 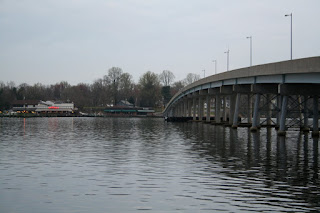 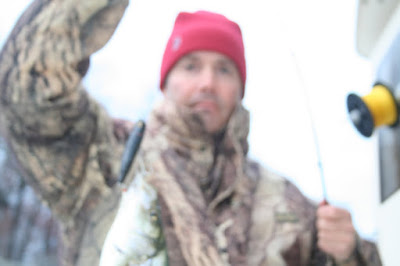 It rained all day today and was cold when I got home, so I had planned to take the night off. After dinner things had settled down, so I jumped in boat and headed to Riva Bridge. Got there around quarter of 7. First cast with a curly tail resulted in a nice 18. Picked up 4 or 5 similar size fish in the next 15 minutes or so. At a little past 7, I switched over to a black Stillwater and on the 3rd or 4th cast heard my beloved "TWACK" and it was fish on. My earliest Topwater fish ever. YEAH. The fish slammed directly under the bridge and the echo of the hit was music to my ears. TW IN MARCH. To all you doubters (James) I say "HA". :)
Posted by Rick Weaver at 3/29/2010 08:06:00 PM No comments: 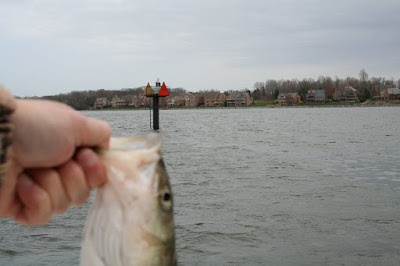 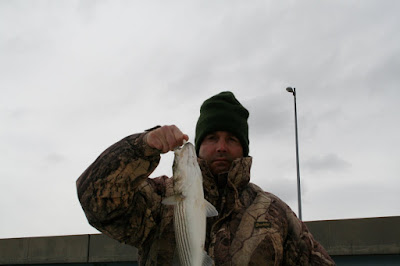 After the snowiest winter in Maryland history, it was nice to get back on the water. I left the boat in all winter but never had the chance to use it. Yesterday, she started right up and the 2010 season was official. My first stop was under the Riva road bridge using a white twister tail and 1/4 ounce jig head. Did not take long to get the first fish which to my surprise was a healthy 18 inch keeper fish. Picked up 2 more undersize fish before switching over to a Stillwater plug. Gave up after a 1/2 hour or so. The fish were there, but not buying my topwater offering, so I moved downriver to marker 16. This had been my best spot in the fall, but I had never caught a fish there in March. This finally changed. The wind was blowing hard towards shore, so I began my drift about a hundred yards outside of the drop off. Just as I passed over the ledge a nice 22 slammed the twisty and gave me quite a fight for this time of year. Continued this same pattern for the next hour and picked up a fish nearly ever drift. Unfortunately, once again they were too sluggish to hit a plug. So it was a good day, but no TW action.
Posted by Rick Weaver at 3/29/2010 05:29:00 PM No comments: