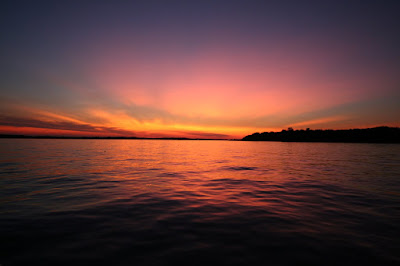 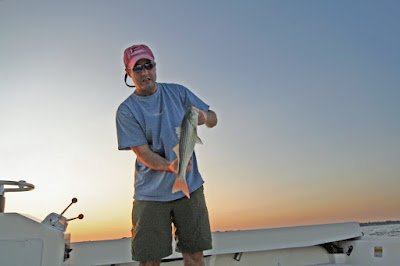 Fished Thomas Point on Sunday with James and got skunked. It was very choppy with south wind and tide coming in. Monday and Tues were similar, so I stuck to the river. Still no keepers in river. Lots of blues.

Tonight I arrived at rockpile at 7.15Pm. The ride out was flat as a bathtub, but once again we had south wind against the tide. At least it was fishable. Picked up several good sized blues and finally a keeper rock at 7.45. It was just me and the Mako guy. He had trouble starting engine, so I towed him in to his dock. One of the nicest sunsets of summer.
Posted by Rick Weaver at 8/20/2008 09:09:00 PM No comments: