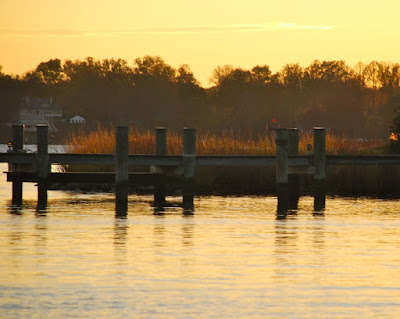 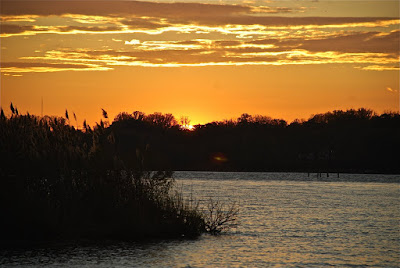 A miserable cold day with 15 to 20 knot winds, gave way to a relatively nice night. I headed out around 4:30 with no real plan. Due to the wind, there were very few places with still water, so I was forced to stick to the eastern shorelines of the creeks. I got a call from Brandon who was just leaving Aberdeen Creek. Before meeting up with him, I worked the eastern shore of Glebe Bay for a good fifteen minutes. By this time he had moved to Harness Creek, so I joined him. The water was nice and calm, but unfortunately the fish did not seem to be there. Brandon decided to check out Glebe before heading in. I decided to stay in Harness Creek and take a few pictures of the incredible sunset. A few minutes later he called to let me know they had just landed an 18 in the exact spot I had just left. It goes to show,that sometimes you just have to be patient.
Posted by Rick Weaver at 11/07/2010 06:40:00 PM 1 comment: