The gangs all here 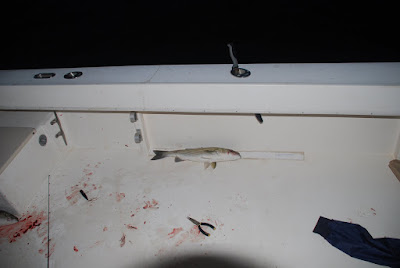 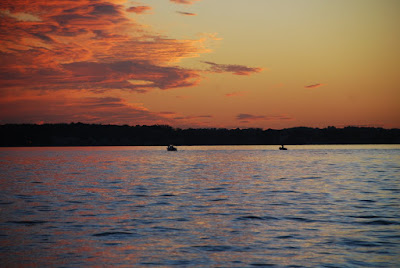 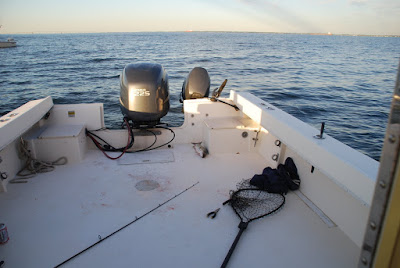 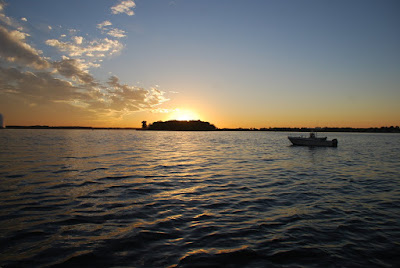 Got out early tonight, so I headed to Thomas Point. The tide was still going out, but looked to be turning. Mako Bill was anchored up right on the marker, but moved over to make room for me. Not much was happening for the first 1/2 hour and Mako Chris showed up. Dab's saw the action from his house on the point, so called and said he would be right out with the beer. So by 7 we had circled the wagons with plugs flying everywhere. Finally the tide turned and I immediately hooked up with a nice 20. Fairly steady action until dark, with Chris and I having the hot hand. The biggest was a 24 boated by Chris. My final count for the night was 6 keepers from 20 to 23. Beautiful sunset to boot. Home by 8.30 to clean up a serious mess of blood.
Posted by Rick Weaver at 9/14/2010 08:45:00 PM No comments: