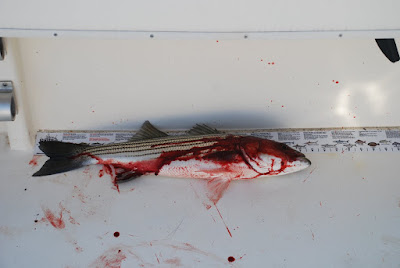 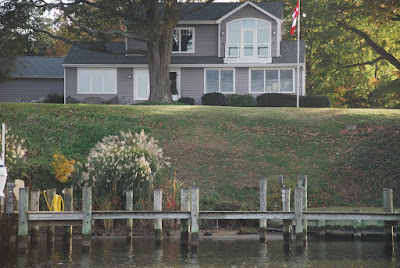 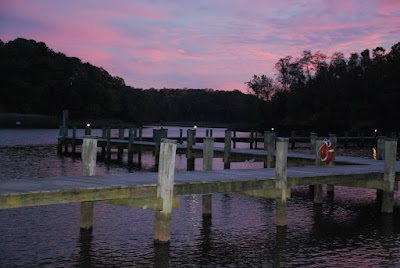 It was cold and brisk when I ventured out this morning around 10. The wind was not too bad, so I made my way to the shoal and made several drifts. I was able to pick up one dink and a barely legal 18. As the morning wore on the winds picked up which made for some uncomfortable fishing., so I headed in.
The winds tonight were even stronger with gusts up to 20. I tried several creeks off the main stem that seemed to be out of the wind. With the shifty winds and heavy leave coverage, it was difficult to find any clear water to fish. I tried the creek on the south shore right after what used to be called Pier 7. The entrance is blocked by a number of moored sailboats, so I had never ventured back there. It was actually quite nice. The wind was still swirling, but I was at least able to make a few good drifts. The creek is very narrow, so I was able to basically drift down the middle and work both shorelines. About halfway through my drift, I had a small blowup by what seemed like a small fish that missed. I backed up and made 15 or 20 casts into the bulkhead where the fish hit. Out of nowhere, I had a huge explosion that missed, but the fish turned and slammed again and came tight. He had engulfed the entire plug, so I had a bloody mess on my hands. It was a pleasant surprise when the fish measured 23 inches. Not bad for a back creek. A new spot and decent fish in some miserable conditions, made the whole day a success.
Posted by Rick Weaver at 10/30/2010 06:36:00 PM No comments: