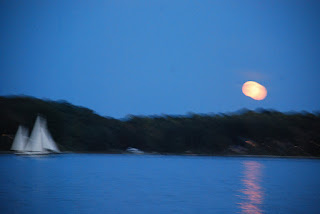 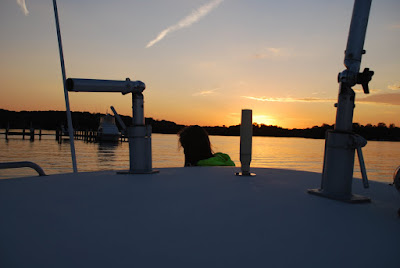 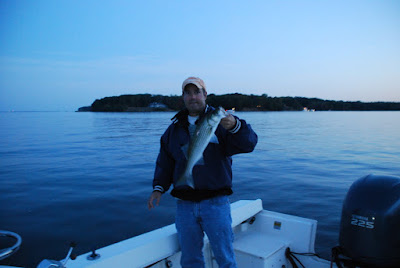 My partner tonight was my youngest daughter Gracie. We left the marina at five and planned on only fishing an hour. I figured our best shot at a quick fish was Glebe bay, so we headed straight there. Met a couple of guys I know who had just finished fishing the western shore with no action. They said the eastern shore had a lot of leaves. Nevertheless, we headed to the the eastern shore and started plugging. After a half hour or so, we moved around the corner to the "brown House". I had not fished there for over a week and felt certain it would be the ticket. I was wrong. It was beginning to get dark and we were well past the allotted hour as we headed for the western shore for a few more casts. Had a nice slow drift of the entire shoreline. As we passed the "white house" I said to Grace "well I guess we got skunked tonight". Just as the words left my mouth a fish exploded within two feet of the boat. The sound was deafening and scared Grace more than the haunted house she visited last night. It turned out to be a 18, but was a welcome sign as I have been shut out nearly every saturday all season. It is very difficult to fish on weekend due to the boat traffic. Incredible moonrise to boot.
Posted by Rick Weaver at 10/23/2010 07:18:00 PM