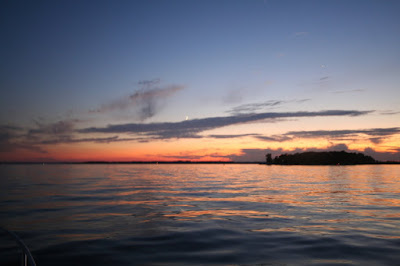 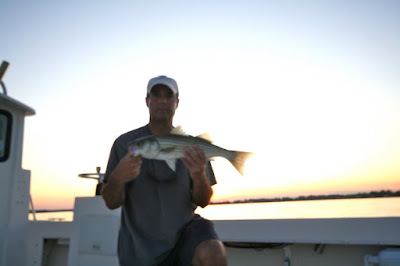 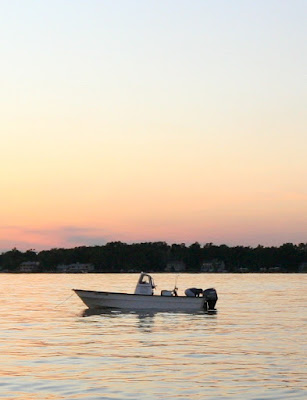 Last night I made it out to the shoal despite some really ugly looking water in front of our house. I was pleasantly surprised when the water was mirror like and actually fairly clean. After 4 nights without power and a long stay at a local hotel, I was thrilled to be back on the water. I had arrived a little before 7 and it was not long before the first blowup that missed. Ten minutes later I had another blowup that missed. After missing too many to count the night before the hurricane, I was getting really frustrated. Dabs called and said he would be out in ten minutes. In the meantime, I finally picked up a nice 22. When Dabs arrived all hell broke loose. He was picking up a nice fish on virtually every cast. I picked up 3 more 22 inch class fish, before pulling anchor and moving over to where he was fishing. As fate would have it, the bite instantly stopped and after 10 minutes or so, I headed in.

Tonight I arrived at the point around 6:30 to a packed house. Dabs and a buddy of his where anchored and Wild Bill was circling the wagons with a slow troll. Things were quiet until the sun set and I finally picked up a 22. One of Dabs boys picked up a 20 and that was all she wrote. Great sunset, but a slow night. I love this time of year.
Posted by Rick Weaver at 8/31/2011 06:04:00 PM