Beautiful day in the neighborhood 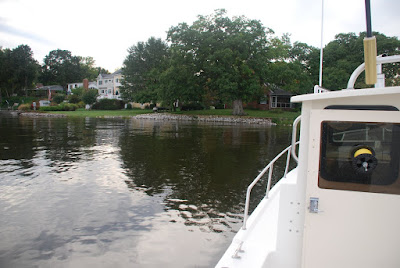 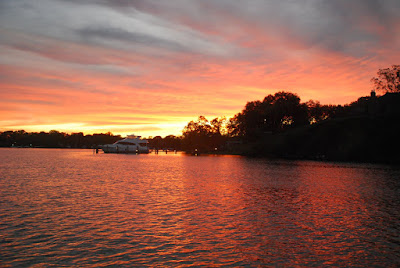 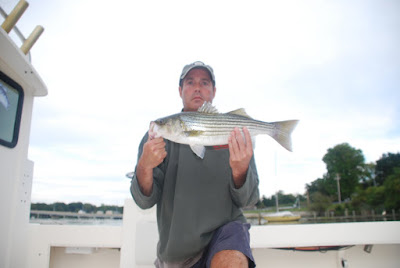 Left the dock around 5:45 tonight to a light breeze, 75 degrees, and glass like conditions on the river. First stop was of course "Al'sSpot". My first cast netted me a healthy 20 that exploded from the corner closest to the pier. Moved from there to the river side of point and again did a slow drift like last night. Only managed one blue. Off to the "nest" where I had a nice explosion that missed. Took 5 cast's, but finally boated the 22 inch fish. Moved under the bridge and tried the "Oak Tree". This spot is on the western shore of the mouth of Beards Creek and has a huge Oak tree that hangs over the water. It has always produced in the past, but usually later in the fall. Took a while, but I finally picked up a smallish 16 that hit closer to the point in 1 foot of water. Next I hit the "6 mile marker". This is a small cove on the northern shore right before the route 2 bridge. I used to catch fish there all the time, but have been shut out for nearly 2 years now. Moved on the marker 16 and met up with a fellow TidalFish member. We talked for a while, but had no action. Ran across the river to the "Brown House" and hit the mother load. There were baitfish breaking everywhere and even saw a good size Rock jump several feet out of the water. Picked up 2 20's here and headed in to a beautiful sunset. A very nice 5 fish night :)
Posted by Rick Weaver at 9/28/2010 07:45:00 PM