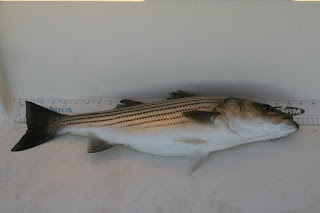 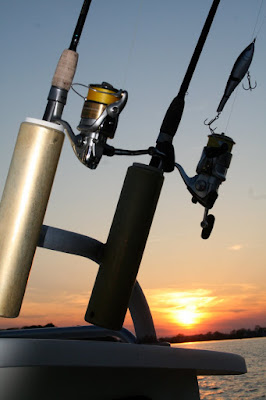 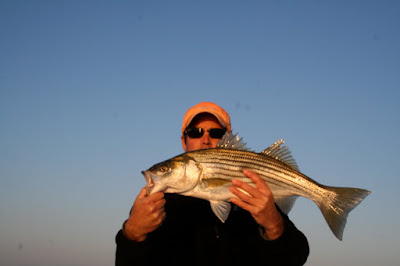 April has traditionally been my worst month. I had fished 10 days so far this april and had nothing to show for it except some beautiful sunsets. Tonight my luck finally changed. Jumped on the boat around 5.30 and headed to TP shoal. The air temp was in the mid 60's with 5-10 knot wind. Surprisingly when I arrived at the point conditions were almost perfect. Tossed topwater plugs for a half hour or so before switching over to white curly tail on 3/8 ounce jig head. On my third cast I had hooked up with a fatty about 10 yards from boat, so I got a good look at the fish. It was big (at least a 26). Unfortunately she straightened out the hook and I lost her. A few casts later I boated a 16. This was followed by a nice 24 inch football and a 18. Plugged until sunset with no luck. No TW action, but 4 fish. A nice surprise.
Posted by Rick Weaver at 4/14/2010 08:44:00 PM