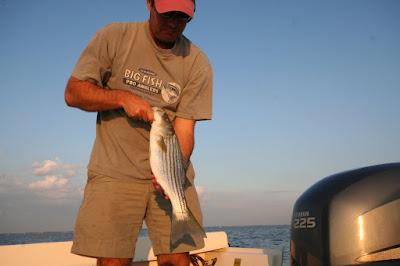 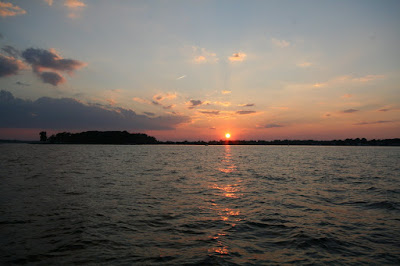 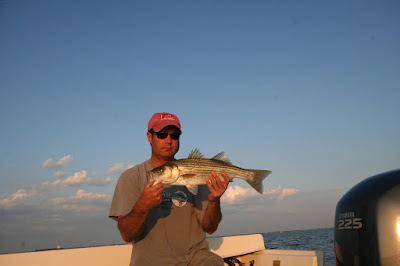 I have been out to Thomas Point flats 4 or 5 times in the past month. Mainly tried Topwater and picked up a few sub legals, but have generally been disappointed. I knew in my heart that things do not get rolling until mid August. So I have primarily sticking to lake Riva and have not boated a keeper rock in a month and half. I have caught fish, but mostly on plastics and small fish.

Had that feeling tonight. Headed out to Thomas Point and anchored up at rock pile around 6:45 Pm. Nada happening for 30 minutes so I moved above the pile and let the tide drift plug over pile. First cast BAM a huge slam and boated a very fat 24 incher. Next cast I boated her twin. Basically non stop from then till sundown. Total of 13 keepers in 1 1/2 hours. Both the biggies were on a all white Stillwater before having a monster break off my 10LB braid. Both Chug Bug and SW worked in several colors. When it rains it pours.
Posted by Rick Weaver at 8/12/2008 09:02:00 PM