All alone in heaven 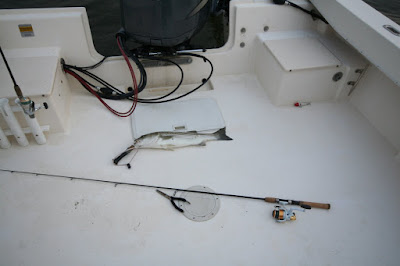 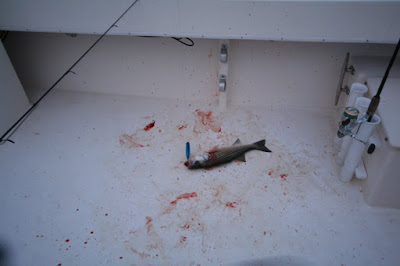 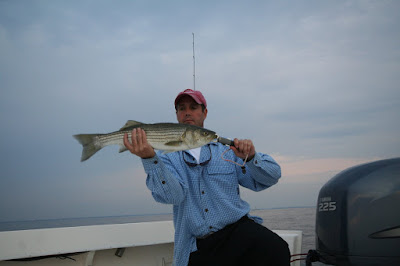 My buddy James came in from Calif. on Weds for business so we headed out around 6.30 PM to try and recreate the night before, but alas the wind was blowing hard against tide, so we were forced to stay in river...NADA. Thursday night brought thunderstorms, so again I was forced to fish river..NADA. Tonight was like glass so I headed to the bay. Got to the spot late and anchored up at 7.30. Not a boat in sight. On my first cast I picked up a nice sized Blue (biggest of year). A few minutes later I got a huge slam and the fight was on. She gave several good runs and thought for sure I would lose her, but was finally able to bring her to side of boat and swing her aboard. NICE FISH. Covered the entire oil hatch which put her in the 28 inch class.