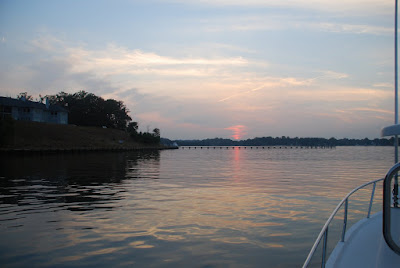 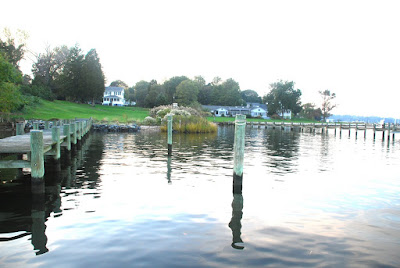 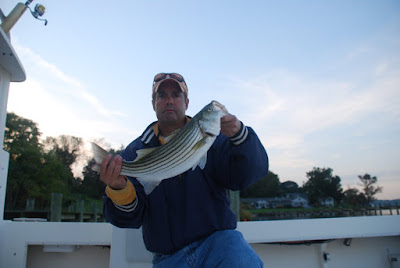 I was solo tonight, and was able to get out early, so really had no plan. Started off at "Al's Spot" with no action. My next spot was the "the nest". The guy who owns the pier had watched John and I catch the two twenty's there last night, so when I showed up he seemed eager to get my attention. On my second cast, had a nice blowup and boated a twenty. He was waving one of those short poles with a reflector that you put around your driveway. I could not hear him due to the motor noise, but he seemed to want to talk, so I motored over to the dock. I gathered from or discussion that he is from Thailand and had been trying to catch fish off his pier for some time and wanted to know what "bait" I was using. I showed him my plug and explained how it floats..etc. He said he had caught several bass up to 12 inches, but had never gotten anything like what he had been watching me catch. It was then that I noticed his setup. He had a 8 foot line tied to a hook and was using the reflector pole as his rod. Nice guy (Peter) that I hopefully converted to the Topwater brotherhood.

I moved to the "Oak Tree" and picked up another 20. This was followed by another 20 at the first pier on the eastern shore of Glebe Bay.. "White House". There is a nice grass bed to the left of the pier that I have made at least 200 unsuccessful casts into over the last 10 years. Well tonight was the charm as the fish exploded the second the plug hit the water. The fish missed, but was all mine within three casts. It turned out to be the biggest of the night at 24 inches. Ended my night in the exact spot that we finished the
night before. Took a while to locate the fish, but then it was non stop action until dark. Final toal for the night was 6 fish.
Posted by Rick Weaver at 10/19/2010 07:36:00 PM