He had to die 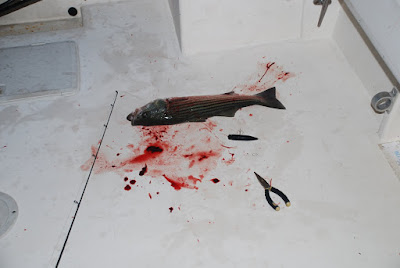 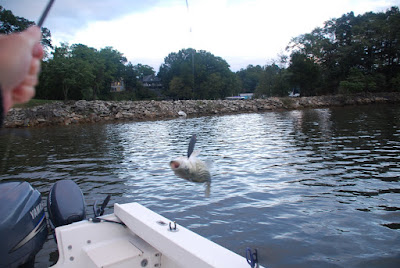 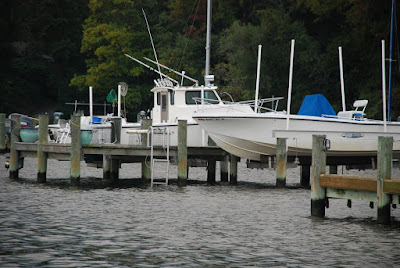 Did not get out to about 6 tonight. Since it has getting dark by seven, I did not want to waste much time. My first stop was the dock of a fellow Tidal Fish member and south river junkie to see if he could join me for a little topwater action. Did not see any movement at his house, so made a few casts around his pier to see if he might see me. On the third cast I had a nice blow up and fought the fish for a several minutes before losing him at the boat. It looked to be in the 22 inch class. Sorry to lose the fish, but happy to gain a "new spot". Moved on to the cove downriver of him that I refer to as the "6 Mph sign". This had been a go to spot in years past, but had not produced at all the past 2 years. Had several blow ups that missed. Stayed there far too long trying to get the fish. I finally landed a very disappointing 16. It was now getting dark, so I headed back under the Riva road bridge to try the point. Worked the Broad Creek side for a while with no action. Met up with a guy who had read my blog and we talked for a while. Moved to the river side of point and just as it was getting dark, I picked up a nice 22. Unfortunately, he swallowed the plug. I had just replaced my black Stillwater after 3 months of use. The hooks on the new plug were so sharp that an easy extraction just was not going to happen, so the fish had to die. Headed in, cleaned the fish, and plan on having rockfish for dinner.
Posted by Rick Weaver at 10/05/2010 07:28:00 PM