They are in the river 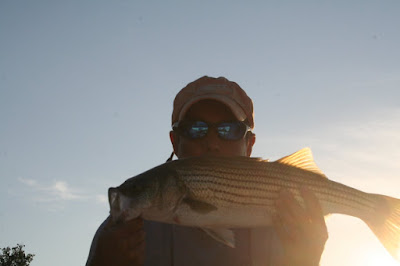 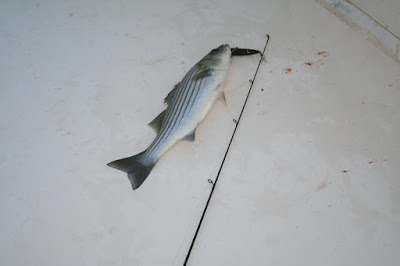 Spent the Labor Day weekend in Ocean City. We returned home Monday afternoon to tons of boat traffic and a stiff breeze. I decided to fish close to home and was not disappointed. Started at the "osprey nest" and had several blow ups that missed. One of the fish was a biggie, but could not get him to come up a second time. Moved over to the river side of broad creek and picked up a nice 17. Finished the night on the broad creek side of point and had a nice blow up at "the spot". This was good to see, since this spot had not produced anything the last 2 years after being my go to spot 3 years ago.
Tonight I headed straight to the "osprey nest" to get the biggie from last night. On the first cast I had a huge blow up that missed. I continued a slow twitch on the way in and picked up a 16. Tossed back into the same spot and finally got the biggie. My tape measure is too worn to get a reading, but my guess would be a 24. Headed over to "the spot" and once again had a big boil followed by a blow up from a biggun that missed. Could not get him to reappear, so moved over to the river side of point and picked up a small one just as the sun was setting. The biggun at "the spot" is going down tomorrow night.
Posted by Rick Weaver at 9/07/2010 08:21:00 PM